For most of its history, Kung Fu was practiced often out of necessity, especially during the more tumultuous periods of Chinese history. As such, the use of weapons was often more influential to its daily application than fighting unarmed. This means most traditional styles have a large range of weapons in their curriculum. It is only styles that were created more recently that have fewer or no weapons – with law and order turned permanently to the hands of the state in modern times, martial arts became to be associated more and more with unarmed combat.

Choy Lee Fut belongs to the first category of Kung Fu styles. It contains pretty much the entire classical Chinese weapons arsenal, partly because our founder Chan Heung was able to learn so much of the Shaolin system and partly because the time period after Choy Lee Fut was created was extremely volatile and self defence against multiple armed attackers became necessary.

The range of weapons in Choy Lee Fut is too extensive to list fully, below is a selection of the main weapon types/categories:

Some of the above weapons can also be wielded in pairs (eg. double swords). 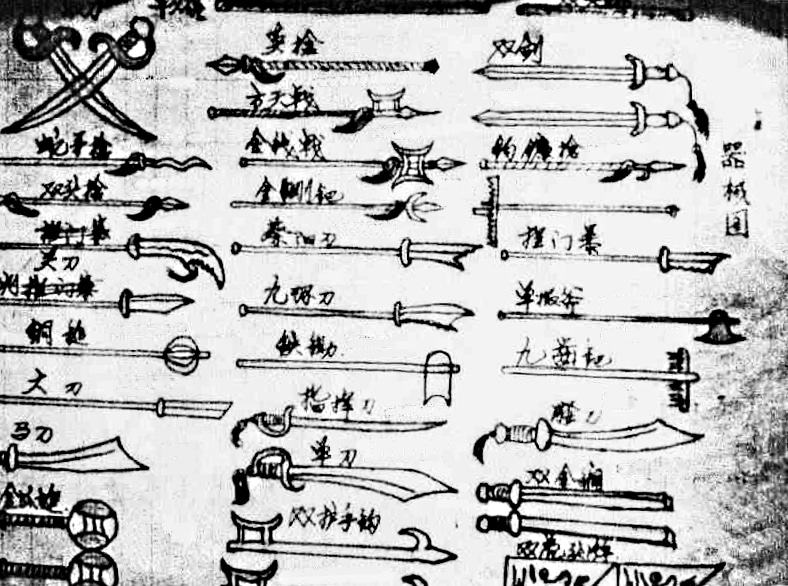