Chan Yiu Chi (陳耀墀) [Mandarin: Chén Yào Chí] was the second son of Chan Koon Pak the 2nd generation inheritor of the Choy Lee Fut kung fu system and grandson of the founder Chan Heung. Yiu Chi was born in Sun Wui County into a time of great change as China entered the emerging modern world as a republic.

The western trade with southern China afforded many Chinese a chance to live a better life and the Chinese once again searched for knowledge and better education. The early 1900’s saw a massive revival in public education and interest in national pride of its citizens that for generations had lived with widespread illiteracy and upheaval.

Yiu Chi was skilled in his family fighting art Choy Lee Fut as soon as he was born. His father Koon Pak had built a successful business and was as well renowned martial arts master with many schools and pupils. Yiu Chi grew up surrounded by martial arts as his fathers had many of his disciples living and training under the his roof.

In those times, Yiu Chi was personally trained by his father every day for hours. His father’s disciples tested him at every step of his learning and supported the young Master.

Yiu Chi was a bright boy with a great aptitude for learning. Under his father’s insistence, Yiu Chi was afforded a scholastic education in addition to his rigorous training schedule.

Yiu Chi, famous for his relaxed, devastating speed and stealthy kung fu techniques held degrees in Chinese medicine, Chinese classics and calligraphy. It was his great foresight in creating a formal learning process in Choy Lee Fut that is his greatest legacy to us all.

There is no doubt that his creation of a teaching manual was a major factor in the worldwide spread of Choy Lee Fut Kung Fu in southern Asia and the world. Choy Lee Fut is one of the most practiced southern kung fu styles in the world today as a result.

Both Chan Heung, our founder, and Koon Pak, his father, had committed to writing manuals on the essence and descriptions of the fundamentals to advanced techniques of Choy Lee Fut Fighting system.

Yiu Chi, with his foresight, set about in the later part of his life to translating the oral tradition and the complete knowledge passed to him by his father and grandfather into over 300 hand-written manuals. Each manual gives a detail description on specific aspects of Choy Lee Fut, such as free fighting, the art of training power, bak gwa fighting techniques, hand forms, weapon forms, qigong sets, 2-8 man hand and weapons sparring sets, the art of divination, 18 wooden dummies and much more.

As in all Martial arts oral traditions, the way the Masters have passed on the art can be watered down though bad interpretations or simply students’ learning difficulties.

Yiu Chi set about providing a written syllabus for future generations of Choy Lee Fut practitioners. As Choy Lee Fut has such a vast arsenal of hand and weapon sets together with external and internal sets, it can offer many different things to many students. The curriculum divided into primary, intermediate and advanced training levels enables the student to advance and master through the skills on offer.

Yiu Chi was the first and only one to do this directly from the knowledge of his family’s private manuscripts. As a result, all his pupils learned exactly the same forms, sets, names and descriptions of movements as each other — regardless of their teacher or geographic position.

Yiu Chi’s choice to do this was no fluke. Yiu Chi taught in over 20 schools and higher education facilities where his students demanded a structured education in the art of Choy Lee Fut. He began teaching as young as 15 years old at the invitation of the Canton Guild hall in south Asia. He also taught in overseas guilds and trade union workshops. There, time was short so his pupils required clear, reproducible teaching methods where they could see and measure progress with or without the tutelage of Master Yiu Chi correcting them.

Yiu Chi and his father’s pupils came from all walks of life but in those times, self defense was still a major concern within China and Hong Kong. Territories were still controlled by warlords, government troops, local corrupt constabularies and local gangs. Kung fu was still used in self defense in the streets where lawlessness was widespread.

Yiu Chi taught in railway, catering, labourer, manufacturing, rice and metal foundry trade unions as well as public, private and middle schools and Guangdong University. He also taught his own countrymen in Kin Mui and Sun Wui County. Yiu Chi also travelled abroad as a young man to assist his father Koon Pak’s students in schools that had been already established.

Yiu Chi trained hard under his father Koon Pak including mastering the 18 wooden dummies at a young age at the house of his father’s disciple Choy Bak Tat. Choy Bak Tat was a dedicated student of Koon Bak for many years and his family’s wealth in merchant trading had supported the construction of all the 18 Choy Lee Fut wooden dummies at his home. The dummies train free fighting and weapon skills, focusing on balance, reaction time, speed, power, offence, defense and stealth.

Yiu Chi remained totally relaxed when he attacked or defended and drew his power internally. His mastery of footwork (together with his lightening fast hands driven by his internal ging lik) put him wherever he needed to be in a fraction of a second.

Yiu Chi’s high sense of interpretation of the attacker’s movements meant he could meet the attacker’s force and counter it before it struck its target.

A tall, softly-spoken man, his deposition was to be open to his pupils on fighting techniques and a physical demonstration on applications of techniques occurred whenever he was asked a question by his pupils.

Yiu Chi had a profound understanding of his grandfather’s and father’s art. His ability to pass on skills to his pupils is evident in the high level of Choy Lee Fut masters that came from Yiu Chi’s schools.

Apart from teaching hundreds of general students over his lifetime, Yiu Chi had divided his later day senior students into three groups. The objective was to have each group achieve the maximum benefits in mastering Choy Lee Fut techniques.

A part of Yiu Chi’s approach to teaching was to have pupils follow a program that got the best results according to daily activity, body types, mental and physical abilities. For example his pupils in the unions do physical labor and already have many of the basic strength skills so he would teach forms/weapons that advance their co-ordination. Opposed to a middle school were his students are younger and may not have developed physical strength but a great aptitude to understanding physics so his focus is on forms that teach speed and subtle attacks as opposed to brute strength.

Yiu Chi has over 80 recorded disciples that are considered long term students within these there are 3 groups. Each group learnt the Choy Lee Fut system but Yiu Chi had them focus/specialize in certain “essences of CLF”.

Group 1 was known as the Four Great Heavenly Kings. These 4 disciples were renowned for their focus on Gung (power), Qi (energy), Fai (speed), and mastery of the bak gwa techniques

Group 3 was known as “Yee Sup Sei Sing Suks” (24 Immortal Uncles). All these were assistant instructors and focused on mastering the 3 levels of instruction with fist, weapon and dummy forms divided into primary, intermediate and advanced. Their focus was to master of all the forms within these three levels.

This system enabled Yiu Chi to teach vast numbers of people Choy Lee Fut in his later life. Concentrating and mastering a particular skill and then helping your brothers to understand that same skill is its self a great cross training system within our Choy Lee fut system that Yiu Chi introduced.

There is just not enough time to learn the entire 200 plus forms that teach all the executions and techniques in our working lives. However Yiu Chi having made a standard approach with specialization enables the pupils to maximize their learning abilities.

However Yiu Chi maintained his family’s purest regime with his son Wan Hon by teaching him to master the 3 levels and then specialize, amongst other things, in his left hand side making him proficient in left and right offensive and defensive attacks. Wan Hon’s mastery of footwork, Tun, Toa, Bai, Sim, Fi like his father earned him the nickname a ngau (bull) as in attack and retreat he was a formidable opponent.

Yiu Chi continued his purest training for his grandson Yong Fa whom he personally trained up till 1965. Like a scene out of a movie Yiu Chi would bind the legs of the young Yong Fa and dump him upside down in cold water several times on a winter morning to Bo Qi (create Qi) followed by Lohan Qigong to develop his internal Qi and strengthen his muscular skeletal frame. Then from the age of 4, Yong Fa was trained by Yiu Chi day and night towards mastery of the 3 levels of Choy Lee Fut with immense speed and accuracy.

Yiu Chi’s father Koon Bak providing his son with both a martial and scholastic education was a legacy we all have benefited from. Yiu Chi was a true warrior of the Pen and the sword. 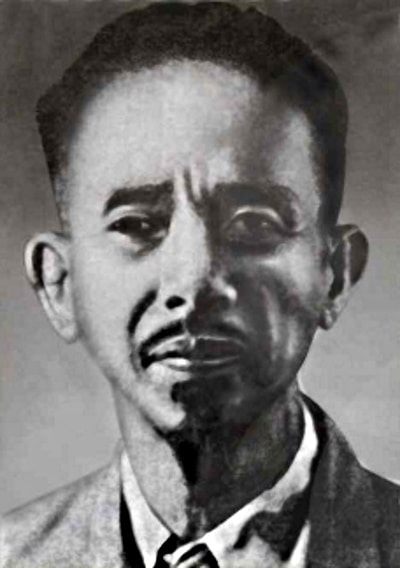