Tall like his father but a considerably more stocky build, master Chan Wan Hon was nicknamed “a ngau” (the bull) by his kung fu brothers for his unusual strength, tenacious attacking style and the difficulty of defending against his attack and counter-offences.

Wan Hon trained under his father Yiu Chi as soon as he could walk and was spared no mercy. Training under his father meant mastering all the forms in the Choy Lee fut system including the 18 wooden dummies kept secretly within the family.

Yiu Chi trained his son Wan Hon to bridge a gap with lightening speed and with incredible distances in any direction. His jau saang ma (running horse stance) was swift and completely balanced. Wan Hon easily bridged a 3 metre gap with lightning speed with a flurry of fists and kicking techniques. His bridging skills stifled many opponents including a vising Korean master who bragged his kicking techniques were second to none.

Wan Hon’s long limbs gave him a great advantage at long range techniques and his kicking techniques were formidable. His father Yiu Chi trained him by stacking up sand bags and telling him to kick out at random a designated bag.

Wan Hon’s mastery of close range fighting comes from his complete training on the internal gate wooden dummies. Fast, accurate and continuous, Wan Hon’s attacks and defences were always changing and hard to predict. His left hand and foot was as regular as his right side. His left hand often struck its target on the unsuspecting opponent which included many of his father’s students and in later years many challenges in the Guangzhou area.

Wan Hon’s mastery of weapons came from his fathers stringent and continual training drive. Wan Hon loved the pole and spear and accepted and beat the Southern spear champion who later became his student.

Wan Hon and his top students regulary took up challenges and visited other schools to exchange technique. This truly gave him and his followers a greater understanding of fighting without killing your opponent.

With the coming of WW2, China was cast into darkness and Yiu Chi closed many of his schools and trained behind closed doors. Yiu Chi had many top students escape to Hong Kong and the USA, while Wan Hon and his kung fu brothers remained in China.

After the Second World War came the reign of the Nationalists along with improved life in China. Kung Fu schools opened once again in China. Wan Hon completed his formal medical degree and worked at the Fong Chuen hospital in the orthopaedic clinic and continued to assist his father Yiu Chi in teaching several classes around Guangzhou city.

A more mature man now, Wan Hon began to contribute to his family’s art and opened up schools on his own. A different life in China meant that people did not have as much time to practice as they did in the past. Many people wanted to learn kung fu but only had a few hours a week free. Many Chinese were working 12-15 hours a day to make ends meet after the war, floods and famine.

Wan Hon was invited to Beijing to compete in all China kung fu competition put on by the government and won by performing the Bak Mo Kuen. He was invited to become a body guard to government officials which he politely declined at the time.

Wan Hon compiled the sei lou saan sau (four roads free fighting) — a concise set of movements broken into 4 external and 4 internal sections. These are fighting techniques a student can learn in a short period of time to defend themselves. They include simple straight punches and kicks followed by more complex circular strikes, stepping side kicks and basic takedowns.

In addition, he developed a short form for the pole and broadsword so as the student can learn concise attacking and defence techniques with the two common weapons.

Wan Hon taught small groups of students in local trade unions on the factory floor and as testament, many of them acquired suitable self defence techniques.

During the Cultural Revolution, a dark cloud re-emerged over China for the martial arts world as all kung fu schools were officially banned and forcibly closed. Martial arts masters along with scholars were arrested and murdered. Wan Hon was forced to make a number of life changing decision as his family income from teaching was almost completely eradicated. With three children and elderly parents, Wan Hon continued to work at the hospital. Fearing retribution from the Red Guard, the family and senior students closed ranks and moved to a small house unknown to the Red Guard. Yiu Chi and Chan Sun Chiu (Yiu Chi’s youngest son) returned to the village where Yiu Chi continued to teach until he passed away a few years later at the age of 73. Chan Sun Chiu remained in the village but did not teach.

Wan Hon was at one stage forced to become a personal body guard to a high ranking Communist Party member: a no-choice situation, but the family and the art in its purity survived. Wan Hon was allowed to conduct private classes to local party offices in designated factories. Here he was able to re-establish Choy Lee Fut again in Guangzhou as well as continue to teach his three sons and his disciples.

Chan Cheung Mo, a student of his father Yiu Chi and his fellow classmate, was invited by the Communist government to create the Southern Kung Fu routine called “Nam Kuen” that we all see in all Wushu competitions in the world today. Wan Hon was the advisory to his Si Di, Chan Cheurng Mo. Choy Lee Fut was recognised as the major southern Kung Fu style together with Hung Ga.

Wan Hon set up wooden dummies in his home by removing floor tiles and placing dummies into the pre-drilled holes in Bo Yuen Lo. He taught students fighting skills while developing their limbs of steel in a confined space. Wan Hon’s wife kept an immaculate household with a highly polished floor. Students were forced to maintain balance in the stances while retreating and attacking Wan Hon on the slippery floor tiles.

Wan Hon believed in the need to train agility and would make all the young students perform backflips and the older students to kick sand bags stacked in piles just like his father Yiu Chi had required. Students were drilled time after time in the 4 roads free fighting and Wan Hon believed in daily sparring sessions. The thick winter coats in the Communist style made for good body protection while sparring and bandages made up the gloves.

Wan Hon took a small group of students (including his son Yong Fa) to regular challenges to ensure his students improved and got first hand free sparring experience. Many students still carry the scars of these brutal challenges

Wan Hon left many great legacies for future generations. However, it is certain that his wisdom to get his son Yong Fa out of mainland China to spread the art, was his best. 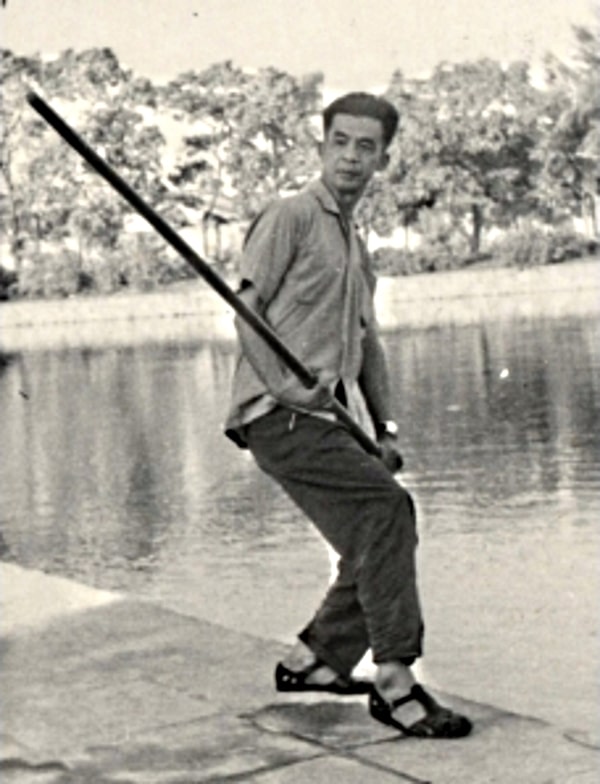